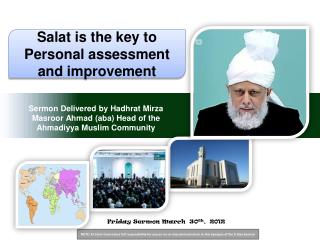 Welcome To Pastor Garry Clark’s PowerPoint presentation from the May 21 st sermon: The Secret Plan Of God

Tazkiyatun Nafs “Purification of the Soul” - . islamic center of olympia motto : “to be the best muslim community

Sermon notes @ http:// bible.com /e/138I - . how great thou art. o lord my god when i in awesome wonder consider all the

In The Name of Allah The Most Merciful, The Bestower of Mercy - Tackling extremism: a muslim perspective taalib alexander

Welcome To Pastor Garry Clark’s PowerPoint presentation from the May 28 th sermon: - The secret to a lasting love.

HEAD and NECK - . dr sham a. cader. method of exam. inspect the head for size feel for the skull for integrity and