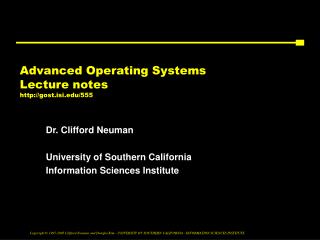 Hacker - Hacker, cracker?! are they the same? no!!! hacker programmers intensely interested in the arcane and recondite

A+ Guide to Managing and Maintaining Your PC, 7e - . chapter 2 introducing operating systems. objectives. learn about the

Operating Systems - . os. in mimd systems, several processors are active simultaneously and all processors in execution