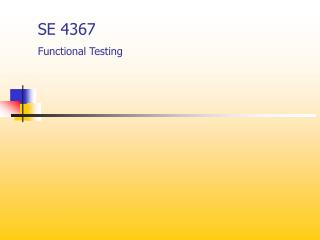 Non-Functional Testing - . why is this so often done badly or not done at all? can we build a test managers toolkit to

Functional Progressions Functional Testing in Rehabilitation - How do you move forward in rehab?. functional activities