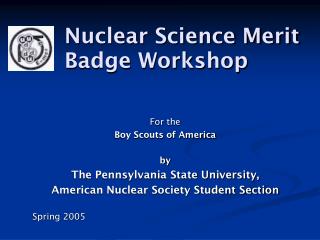 Cooking Merit Badge - . requirements. 1. do the following: a. review with your counselor the injuries that might arise

Forestry Merit Badge - What is forestry?. the science, art, and practice of managing and using trees, forests, and their

Geocaching Merit Badge - . the plan for today. what is geocaching? safety how to find a geocache mapping: gps, utm,

Chess Merit Badge - . history of the game of chess. the history of chess spans some 1500 years. the earliest predecessors