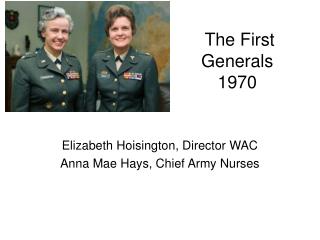 Generals for the north - . by monica garden. from ohio attended the united states military academy in west point, new

The Generals of Gettysburg - . the battle of gettysburg. july 1 - 3 , 1863 thought by many to be the turning point of the

Union Generals - . by sam margush carley young. introduction to famous union generals. we are going to tell you about 8

How have the actions of First World War Generals been interpreted? - . what different interpretations exist on the