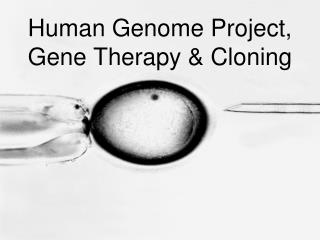 Chapter 4 Molecular Cloning Methods - . introduction the significance of gene cloning. to elucidate the structure and

Genomics and gene recognition - . “ we are what we repeatedly do. excellence, then, is not an act, but a habit . ” (