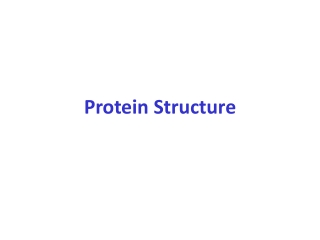 Protein Structure. Protein Functions. Three examples of protein functions Catalysis: Almost all chemical reactions in a living cell are catalyzed by protein enzymes. Transport: Some proteins transports various substances, such as oxygen, ions, and so on.