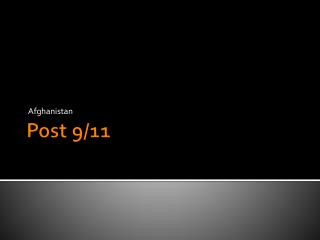 Post-Natal Exercises - . definition. post natal period it refers to the time from termination of pregnancy till 42 days.

Post-Dispositional Detention in Virginia - . prepared by the virginia detention association of post-dispositional

9/11 – Invasion of Iraq - . political tensions after 9/11 led to war with iraq (and other countries in the middle east)

A Decade of Dark Humor How Comedy, Irony, and Satire Shaped Post 9/11 America - . edited by ted gournelos and viveca