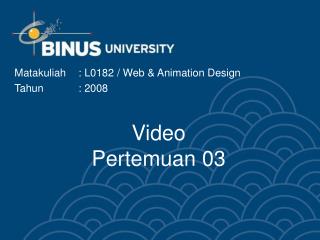 Pertemuan 03 - 04 Hydrostatics 1 - . deals with fluids either at rest or in motion in such away that there is no relative

An Exploration of S-3D video QoE : the binocular depth issue - . exploration of quality of experience of stereoscopic