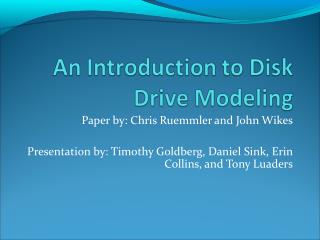 This is an example of a bad talk - . (disclaimer: the paper that should have been presented in this talk is a classic in

Paper Towns - . by john green. this movie influenced the style of the book and there were references in the book about

John, chapter 6 - . niv john 6:1 some time after this, jesus crossed to the far shore of the sea of galilee (that is, the

John Wallis - . john was born at ashford on november 22, 1616 he became interested in mathematics after reading his