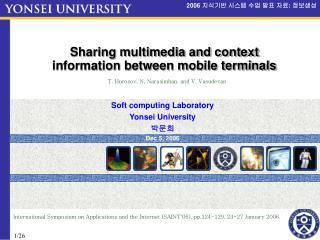 Multimedia Databases - . eran stiller omer gertel. in this presentation …. introduction what is a multimedia database?