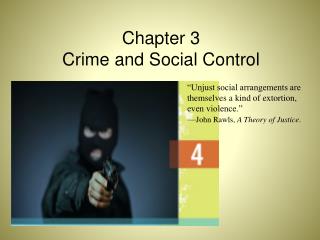 Chapter 3 Crime and Social Control. “Unjust social arrangements are themselves a kind of extortion, even violence.” — John Rawls, A Theory of Justice. Chapter Outline. The Global Context: International Crime and Violence Sources of Crime Statistics Sociological Theories of Crime Chapter 12 - . transmission control protocol. objectives . upon completion you will be able to:. be able to name and