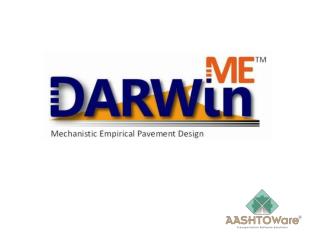 Licensing. Because DARWin-ME will not be available for licensing until April 2011, the annual license fees will be prorated for the period April through June 2011. Individual License $5000