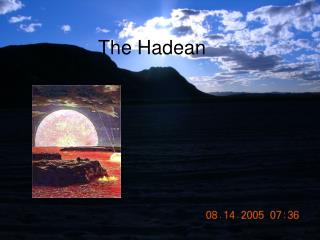 The Hadean. The Rock Record. The rock record is meagre . Oldest rocks are 4.0 billion years old from the Slave Province in Canada Oldest zircons (derived from sedimentary precursors) are 4.2 billion years old. THE PRIMORDIAL EARTH Hadean and Archean Eons Evolution of Early Life - . most likely anaerobic bacteria were

Lecture 7. The Hadean Earth, heavy bombardment, origin of the atmosphere and oceans - . announcement: schedule for next

The virgin, the villain, the hero, the whore - . evaluation. target

The Recognition The Shame The Desire The Resolve - . repentance ( thayer definitions) - there are three greek words used