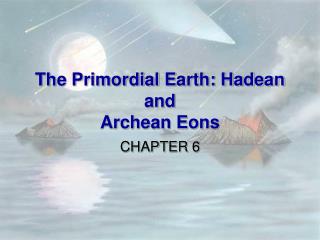 How Did Life Begin? - . the earth formed about 4.6 billion years ago according to evidence obtained by radiometric