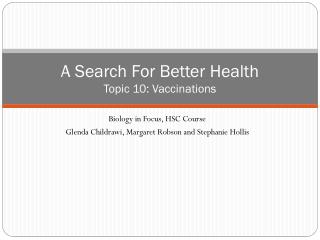 User Interfaces for Information Access - . marti hearst is202, fall 2006. outline. what do people search for? why is

ILS 501 Unit 3 Searching Issues - . the rise of search. pew internet and americal life project. search is the 2 nd most

Some ideas on how to present your topic - . using chap 3 (psychological health) to illustrate methods. goals of

Topic 1- Tectonic Impacts - . this is the first topic of the earth and environmental science hsc course. it’s very