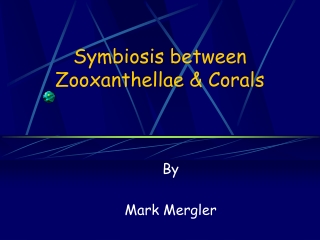 Symbiosis between Zooxanthellae & Corals. By Mark Mergler. What are Zooxanthellae?. Unicellular yellow-brown dinoflagellate algae which live in the gastrodermis of corals Provide corals with food in the form of photosynthetic products