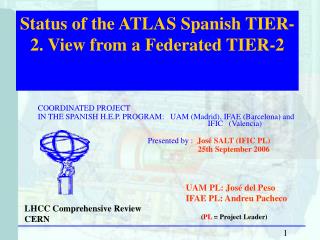 Coordinated Entry - . what is it?. a system-wide process that evaluates households for the best housing fit - rather than

Coordinated Interaction - . presentation to the competition commission of india us chamber of commerce october 27, 2010.

Coordinated by: - Carboocean integrated projectcontract no. 511176 (goce) global change and ecosystems meeting with