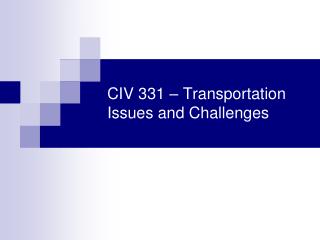 Topic 4 – Urban Transportation, Land Use and the Environment - . a – urban land use and transportation b –

Computer Forensics Challenges of 2008; The major issues effecting the use of digital forensics in family law cases in