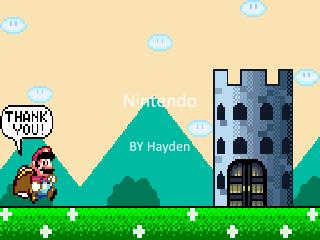 Nintendo! - . by: eddie cejovic. have you ever heard of nintendo? the best video game company. well, at least in my

nintendo - In this video, i restore a nintendo wii that i purchased for $25. sit back and chill while i clean &

Nintendo - . by riley robinson. entertainment for the whole family!. video games appropriate for all ages favorite

Nintendo Wii - . there are so many fun games to try . the graphics are brilliant . most of the games are two player so

Nintendo 2DS - For more info : http://www.2dsemulator.com/ one last point is that, a lot of good nintendo 2ds game

Nintendo DS - . by nathan bullen. original ds. the lower display of the nintendo ds is overlaid with a touch screen,

The Nintendo Switch - . “i’m geeking out!” jimmy fallon on using the switch for the first time also this project is