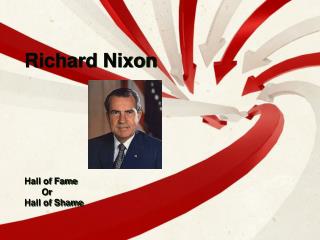 Richard Nixon. Hall of Fame Or Hall of Shame.

By Chris Kuberski/March 12, 2009 - Persistent problems: an analysis of richard hofstadter’s ‘anti-intellectualism in

Kennedy &amp; the New Frontier - . jfk’s new frontier. but, it was not the 1 st time tv influenced politics…. the

United States v. Nixon - . a case study. separation of powers. the division of the powers of government among the