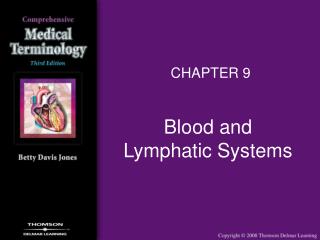 Blood Supply to the Nervous System - . objectives. 1. describe the importance of blood circulation to the brain. 2. list

Identification and Characterization of Blood and Bloodstains - . summary. introduction to blood identification of blood

The Lymphatic System - . chapter 20. introduction. the lymphatic system supports the function of the cardiovascular and

Answers to… Shark Attack! - . 1.  identify at least five organ systems located in this region of the arm that the

Blood (RBC) - . 17. overview of blood circulation. blood leaves the heart via arteries that branch repeatedly until they