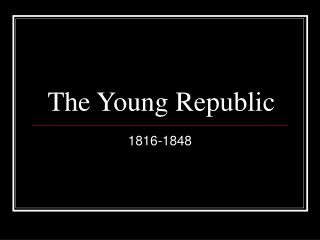 The Republic Weakens - . chapter 12 lesson 4. objectives. state the problems that the roman republic faced discuss how

44-43 BCE: The end of Cicero’s life / End of the Republic March 15 Assassination of Julius Caesar - “all that i have

Intro to “The Young Republic” Unit, the Bill of Rights, and Hamilton vs. Jefferson - Please pick up a unit guide and

All E uropean A cademies - . allea president professor jüri engelbrecht academies and young scientists: towards a

Youth policies in Republic of Moldova - . our mission and work. young people shall have real access to welfare, to