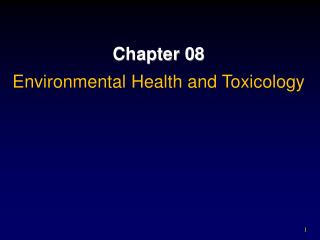 Chapter 1 History &amp; Trends of Health Care - . health care of the past. why is it important to understand the

An Invitation to Health - Chapter 5: the joy of fitness prepared by: andrew owusu ph.d. chapter 5 objectives list the

Chapter 9 - . drugs and toxicology (pbs-secrets of dead –executed by error -56 min). a bottle of bayer's 'heroin'.

Chapter 14 Environmental Hazards &amp; Human Health - . what major health hazards do we face?. risk - is the