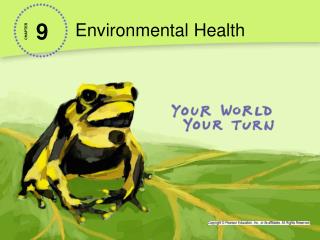 Environmental Health. 9. CHAPTER. Talk About It Evidence shows that DDT damages ecosystems but helps eradicate malaria in areas where millions of people die of the disease each year. Should DDT be used in malaria-stricken areas? Why or why not?. The Rise and Fall—and Rise?—of DDT. Acknowledgment - . of the work of cco/octrf. environmental &amp; occupational carcinogens. presentation to cancer

A Small Dose of Pb or Hg - . an introduction to the health effects of lead &amp; mercury. child health. environmental

Hormesis: What it Means for Toxicology, the Environment and Public Health - . edward j. calabrese, ph.d environmental