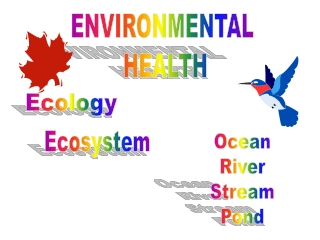 Maryland Environmental Health Network May 16, 2013 - “all school children should be considered at elevated risk of