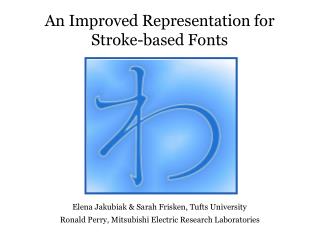 The Start of the Civil War - Lincoln is the only u.s. president to receive a patent. the device was to help ships avoid

HOW FINANCIAL CONFLICTS OF INTEREST ENDANGER OUR PROFESSION JEROME P. KASSIRER, M.D. - How financial conflicts of

The Other Side of Middleware: Working with Policy Makers, Data Owners and Campus Constituents - . panelists. joseph lazor