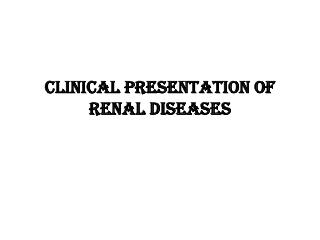 Safe Pregnancy and Renal Diseases - Pregnancy is the most awaited and incredible phase for women and her family. once the

Clinical presentation - . 36-year-old male with a recent history of intravenous drug use presents with three days of