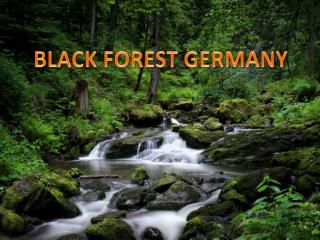 Black Forest ( Schwarzwald ) - . by brad kinowski. what is black forest?. black forest is a great tourist destination. it

Schwarzwald Black forest - . schluchsee. is one of the biggest lakes in baden –württemberg the width is 1,2 km and the

Black Forest Cake Delivery in Rajkot - Are you planning for your sonâ€™s or any other birthday, then you must order

Info on the black forest, and its wildlife