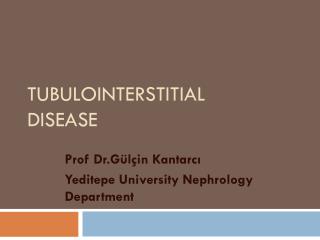 Tubulointerstitial disease of the KIDNEY

Tubulointerstitial Diseases - . dr. raid jastania. objectives. by the end of this session the student should be able to

Disease Communicable Disease – Pathogen - Communicable diseases. is an illness. passed from one person to another. - an

Disease and Disease Prevention - . ch 18 pg 456. what are we going to learn?. learn about noninfectious diseases risk

Disease - . a disease is any change that impairs the normal function of an organism. endemic : disease or a condition

Disease - . “prevention is better than a cure”. germs. what causes disease &amp; infection? louis pasteur was

Disease - . ii. types of disease:. a nutritional. disease- a breakdown of structures or function in an organism. b

Disease - . what is a disease and how doe we get them?. disease. disease is any condition that prevents the body from

Disease - . communicable = spread from one living thing to another or through the environment. (colds, strep throat,

DISEASE - . warning this power point may contain images that might be disturbing to some viewers. pick your poison !.