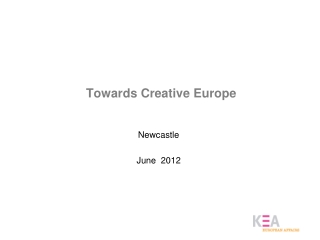 Towards Creative Europe - . tartu march 2012 . kea’s contribution to cci policies . measuring culture as a source of

Towards a smokefree Europe - . malta medical students’ association eu help 2.0 campaign. history. the spread of the

Medieval Europe: Moving Towards Renaissance - . medieval universities. by the 1100s, schools had arisen around the great

KBC policy towards Central Europe - . conference on t he current economic situation and future developments in the

Towards deployment of cooperative ITS in Europe - . which contribution from standardisation? loïc blaive medde/setra.