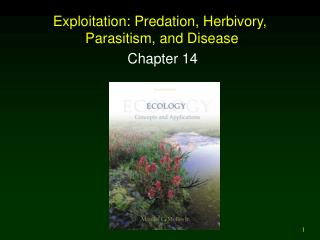 Prothonotary Warblers in CRW - Bird community changes and habitat succession: how does the restoration of the cache river

Review for CBA #1 - . biology. symbiosis. list and describe the various interactions between organisms. mutualism- both

Species Interactions - . niche. definition: the role of a species within an ecosystem not just the habitat, but how it

HERBIVORY - . herbivory. herbivory (a broad definition): the consumption of all or parts of living plants seed

Herbivory - . what is herbivory ? what kinds of impacts do herbivores have in nature? why is the earth green? control of

Biological Interactions and Distribution - . january 21st. predation. predation – when one organism consumes another