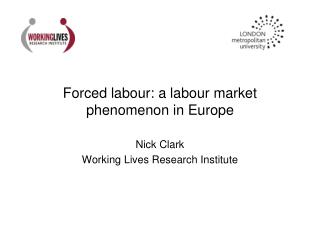 Partograph - . a partograph is a graphical record of the observations made of a women in labour for progress of labour

The Health Care Employment Market In Egypt - . by dr. mohamed kamal md, quality manager mba, tqmd (auc ). what is the

Labour Law Study Notes - . job safety. and the law. it is against the law for anyone to force you to do work that you

Dying at home - . practical aspects for the gp. birth is a miracle; death is a mystery. neither fit easily into a