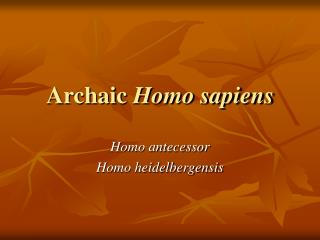 HUMANS Homo sapiens - . on a small branch of the tree of life, among the mammals, a group emerged visual, tree