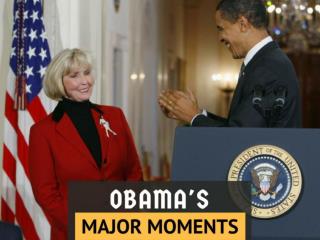 MAJOR MOMENTS IN THE COLONIES - . by andre, dominic, ava, peter. king george the 3rd. from britain loyalist since he is

Obama's mosque visi - President obama made his first visit to a u.s. mosque, aimed at countering rhetoric from

Obama's day in Detroit - President obama spends a day in

Moments - . force. moment. the moment of a force is a measure of the tendency of the force to rotate the body upon which

Moments - . by amy 8y1. force. forces can make objects turn if there is a pivot. think of a see-saw. a pivot is the thing

Moments - Force. distance. moments. tutorial 4. to answer just click on the button or image related to the answer. let's

Moments - . basics . the turning effect of a force is called a moment. a moment depends on the size of the force and the

MOMENTS - . there are moments in life when you miss someone so much that you want to pick them from your dreams and hug

Moments - . introduction. for stability or equilibrium we have already seen