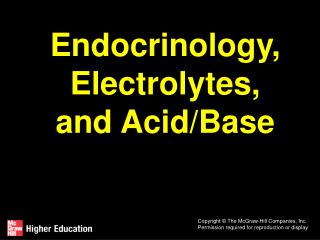 Acid Base Review - . which acid will be a better conductor of electricity? hydrofluoric acid carbonic acid cyanic acid

Acid and Base Reactions - . types of acid-base reactions. nuetralization reaction – properties of both acid and base

Acids/Bases/ch 15 - . acid/base. electrolyte—any substance which will form ions in solution and conduct electricity

Acid base imbalance - . objectives. define the terms acidosis and alkalosis. how to do blood gas interpretation explain