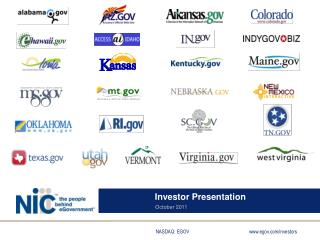 INVESTOR PRESENTATION October 7, 2005 - 1. . . . certain statements in this presentation, including statements regarding