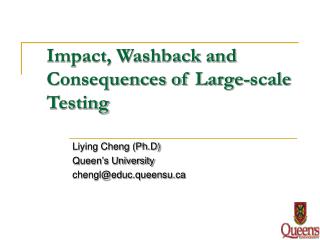 Book 3: Use of Accommodations in Large-Scale Assessments - . practical guidelines for the education of english language

Large-scale Microdata workshop: An introduction to the SARs and ESDS Government Surveys - . university of plymouth 15

Local Consequences of international actions - . how changes to the eu sugar protocol impact on the rural poor in