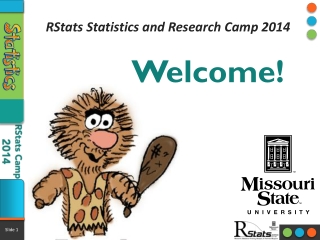 Statistics Boot Camp - . what is statistics?. study of the collection, organization, analysis, and interpretation of data

Space Camp 2014 - . brought to you by the ridgewood community