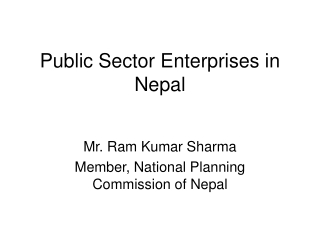 Use in Public Sector : - . cities parks state agencies federal agencies schools and universities and more!. use in

Estimation of the value of unquoted shares of enterprises in the public sector - . central bureau of statistics israel.