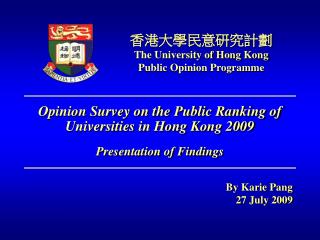 Hong Kong Public Libraries - . healty body, healthy mind. your well being is our concern and we would like to share with

The Best of Hong Kong - The vibrant city of hong kong is one of asia’s most beautiful destinations! formerly a british

PUBLIC OPINION SURVEY ON AWARENESS OF POSSIBILITIES ON PROTECTION OF INDUSTRIAL PROPERTY - . presentation of the s urvey

The Battle of Hong Kong - . after the japanese attacked pearl harbor, they attacked hong kong (british colony) many knew