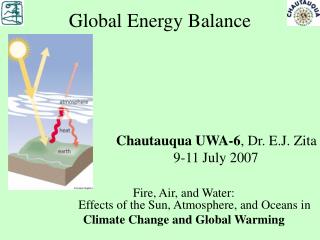 How to Use a Triple-Beam Balance - . by john erickson. next. balance setup. move all three sliders so that they read

Topic # 10 THE EARTH’S GLOBAL ENERGY BALANCE - . applying the laws, etc. to understand how processes all work together

Chapter 2 The Energy Cycle - . atmo 1300 fall 2009. why study solar radiation?. the sun is the ultimate source of energy