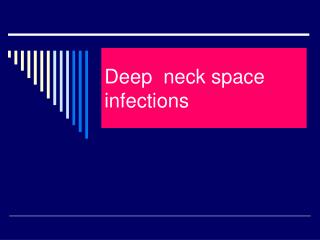 Anatomy of Head and Neck Infections - Introduction. infections are one of the most commonly occurring head and neck