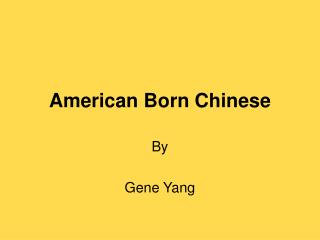 Chinese Educational Culture Vs. American Schools - This presentation will show you many differences between the chinese

God’s Prophet - . deuteronomy 18:15-22. chinese proverb:. “prediction is hard, especially when it concerns the

The World into Which Jesus Was Born - . “but when the fullness of the time came, god sent forth his son, born of a