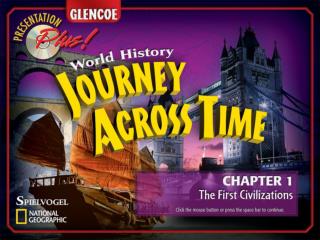 Chapter 2 Section 4 The Civilization of Kush - . nubia. south of the egyptians, in present-day sudan, another

Mesopotamian Civilization - . based on the next slide, what inferences can we make about the civilization that produced

Chapter 1, Section 2 - . foundations of civilization. review. we have briefly traced the development of humans from