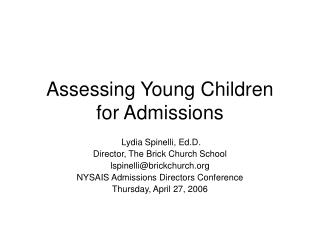 Music for Young Children - Looking for a professional music teacher for your children? if yes, then do contact with

Healthier Diet for Young Children - . overweight and obesity in children. since 1980 the rates of obesity have doubled

Young Children Emerge - Into reading by, dawn gallondorn three stages children move through as they learn to read :