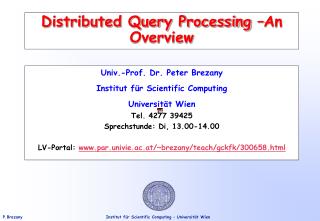 More on SPARQL - . acknowledgements. this presentation is based on the w3c candidate recommendation “sparql query

Queries - . what is a query?. a query is actually the name for any database manipulation operation. the most commonly