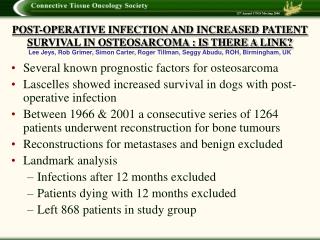 Prognostic Factors for MPM in 2012 - . two major well studied and validated scoring systems are those from calgb and from

Survival Factors - . was this accident survivable?. airplane loading in the survivable range survivable space in