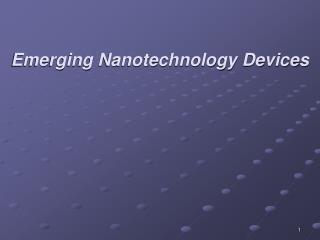 An Overview of Nanotechnology with a QCA slant… - But, really its all about system-level, architectural and circuit

Computers Are Your Future - . © 2008 prentice-hall, inc. computers are your future. spotlight 8 emerging technologies.