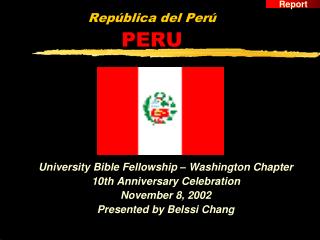 1.) Which conclusion is best supported by the data in this table? - A. health care was more expensive in argentina than

Staining of Parasites 2 - Medical parasitology lab. staining of parasites 2. infect human and most mammals. the infective

Populism in Peru: From APRA to Ollanta Humala - . prepared for the wwics conference “populism of the twenty-first